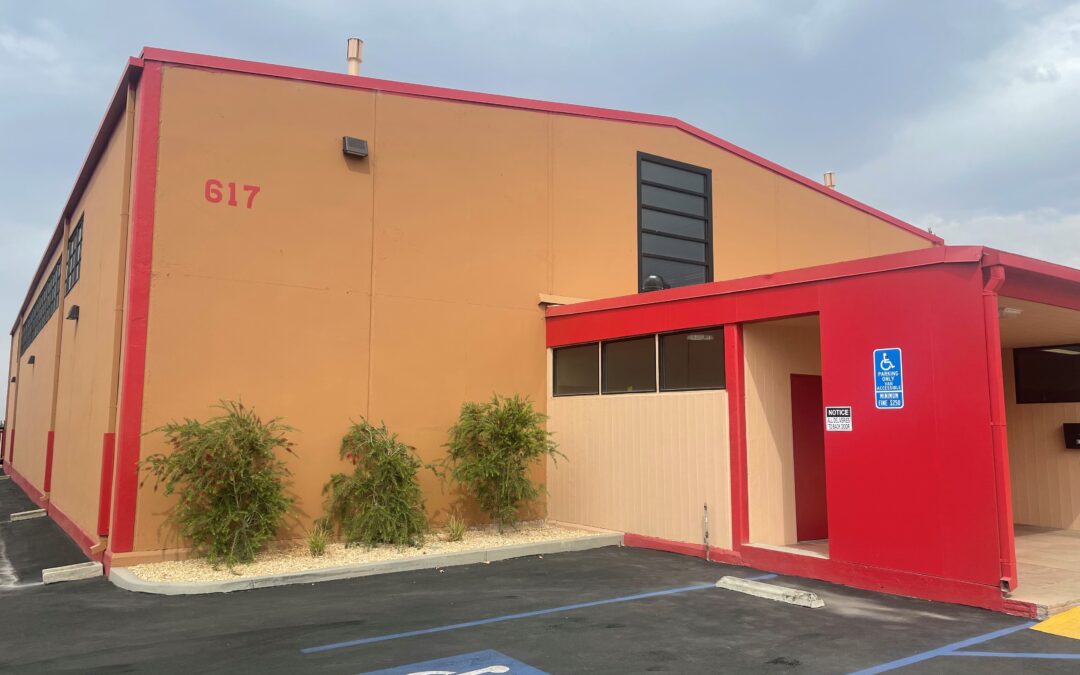 Featured Image: the entrance to the Redlands Armory building after rehabilitation

In September 2021, Janet and Donn Grenda, owners of ACRA member firm Statistical Research, Inc. (SRI), received a Beautification Award from the City of Redlands, California, for the rehabilitation of the 1950s armory building. The Grendas bought the 1950s industrial-style building in September 2020 from the City of Redlands, which had purchased it from the California Army National Guard. The vacant property had fallen into disrepair over the years and was a candidate for demolition. The Grendas had a vision and began rehabilitating and upgrading the building. On the interior, they renovated the main assembly hall, added and insulated offices, screened all utilities, and used passive air conditioning with ceiling fans and functional windows. The grounds are now landscaped with drought-tolerant plants that complement the building’s exterior, and the parking lot and perimeter are planted with carbon-reducing trees.

The Grendas had obtained a determination of eligibility from the California State Historic Preservation Office for the armory, and although it was not found to be individually eligible for listing in the National Register of Historic Places, it could contribute to a National Register district if a nomination is completed in the future. Although mid-century armories were constructed to stock plans, the Redlands example is unusual because of how the interior layout had been flipped from the standard layout.

The armory rehabilitation took a year, and the building now serves as SRI’s headquarters office. During the award presentation, the City of Redlands noted the transformation of the “dilapidated” armory into an impressive and imposing building that beautifies its location on Texas Street near Interstate 10 and serves as a welcoming historical entrance to downtown Redlands.

Please join us in congratulations Donn, Janet, and SRI!